This year, Seattle’s Kings Kaleidoscope produced an album filled with emotion, joy, doubt and gospel truth. Beyond Control landed in our ears back in June and hasn’t stopped playing since. We followed Chad and the band in the making of the album in Chad’s home studio, and discovered that on this album they embraced the ability to turn around music quickly. In April (two months before release), Chad told us this:

‘I’m literally outside the studio door right now and Jared is down there recording guitar, right now… Let’s put it this way – I don’t have all the lyrics done yet, but let’s just say there’s certain things that have to go to the printer, today. [Laughs] This is is not a traditional record that you’d do with a label where you’d get the record done and it would come out six months later. We’re actively working on this right until it comes out, which is exciting for us.’

Although their sophomore release, Chad described Beyond Control as a new start for the band – having “flushed out” all of the songs that had been collected through their Mars Hill days on their debut (and our 2014 Album of the Year), Becoming Who We Are. Working with Zach Bolen on lyrics, Chad produced some raw, honest music filled with gospel truth that conceptually reflects his frustration with our busy society:

‘I just really felt the pressure and intensity of living in a fast-paced, modern, information-saturated global world. Being on the Internet all the time was overwhelming to me and really made me start to think about how so much of my world is spent trying to control everything – my future, my success… even eternity. I was inspired through a sermon but then I kept spinning my wheels on it. That whole world has left me feeling lonely and isolated and cold. The flipside of that is that this record goes between the two worlds – beyond control and enchantment. Being able to see that the world is wild and scary and it is harsh but it is also full of beauty and adventure with God at the helm. He is with us through it. It plays back and forth between beyond control – being in enchantment with God and his kingdom.

It’s this exploration of two worlds that brings bold confidence (Most of It) contrasted against fragility (A Prayer). Treading this line struck a chord with listeners on release:

Despite the support, the band has received criticism for using explicit language on one version of A Prayer, including being dropped from the lineup of a major Christian music festival. Chad told us he didn’t use the language to shock, but actually help those feeling doubt:

‘It’s way more important for me to be vulnerable and be myself, just connect the dots for people: God hears you, he feels what you feel, and he loves you. You’re in him! You have not escaped his love for you. Even though you might feel it. There’s a bunch of things that went into that, and prayer, and thought, and conversation. I sought a ton of counsel from my pastor and friends who are in ministry, and I think at the end of the day I stand by it. I think that being true and vulnerable is helpful. I did consider everybody and I think it’s really beneficial for the church.’

Kings Kaleidoscope have produced an intricate, pastoral record that sinks in deeper on every listen. Beyond Control has helped me personally this year in many different ways, and hearing your stories as you voted it Readers’ Album of 2016 highlights just how important this record is.

Our writing team loved this album so much that we have collectively chosen it as our favourite album of 2016. Congratulations to Kings Kaleidoscope for Beyond Control, the 2016 Reel Gospel Album of the Year. 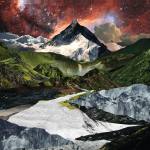 Beyond Control by Kings Kaleidoscope is available now at kingskaleidoscope.com and on iTunes. Read our review of the album here, and our track-by-track conversation with Chad Gardner, here.

*Albums eligible for votes were those featured on Reel Gospel via review or interview between December 1st 2015 and November 30th 2016.