One of the world’s most exciting producers, Atlanta’s GAWVI, dropped his first release as a signed artist at the end of July, named Lost in Hue. It’s the first of two EPs (the next drops September 9th), and showcases a bright EDM pop sound. I recently had the privilege of speaking with GAWVI, where we spoke about each of the tracks on the EP, his heritage, some secrets about future releases, and much more. Listen below, or read the transcript beneath.

SAM: Where in the world do we find you today?

GAWVI: Right now I’m in Atlanta. This is where I live. I work out of here too… I’m originally from New York, born there in the Bronx, and then raised in South Florida.

Your story is pretty fascinating – you’ve been producing for a long time, especially on Reach Records releases. Now you’re an artist in your own right. How did you go from being in the background to becoming a signed artist on Reach?

So I’d been producing for many years under some amazing mentors, and [there were] a lot of days as a producer where I wanted to communicate sonically. I felt by me becoming an artist, it would be able to communicate a lot better. I’m just excited about it – I have a lot of free will right now to do the things that I want sonically, and lyrically. I’m excited about this new season becoming an artist, venturing out and having fun!

There’s a lot of fun across this Lost in Hue EP which you’ve just dropped. The first track is also the single, Late Nights, a summer anthem. Can you take us into this song?

Yeah – Late Nights was actually one of the first songs that I started working on as an artist. Basically it was me inside the studio one night – I was actually working on stuff for Lecrae and once I started working on this, I was like, this is mine – I don’t wanna give it to Lecrae! [Laughs] I was creating it, and then just really wanted to be vulnerable and truthful at the moment where, there’s been a lot of late night studio sessions when I’m awake at night and laying in my bed. There was a moment that I think a lot of people can relate to where your mind starts wandering, and you start thinking about all your biggest fears or, ‘Am I going to be able to make this happen?’, temptations and all these things. I’ve always thought that Late Nights was always that time that I struggle with a lot of thoughts, so I wanted to create an anthem, but also something that wasn’t so dark at the same time. As the hook hits, it’s very energetic, more of a championship where there’s victory at the end of the road where I feel Christ definitely has saved us through all these things. We’re able to overcome it…

For your first release through Reach, everyone was expecting you to drop a full-length LP, but instead you’re dropping two EPs and an album later. What was the strategy behind drip-feeding your music rather than putting it all out there?

I signed with Reach in January… and since then I’ve been creating non-stop inside the studio and really trying to nail down this sound that I want to be symbolised as GAWVI. I think I’ve found it – I know I’ve found it. So what I wanted to do was get people’s ears wet first for music, and see how they enjoyed it, and then have a better transition from people seeing me as GAWVI the hip-hop producer, [to] being able to express himself a lot more.

So a lot of what you’re going to hear from me is EDM pop. Of course I still have my hip-hop influence, I can’t run away from that! I love hip-hop. But at the same time I love pop music, so you’ll hear plenty of pop stuff coming out of GAWVI now, which I’m very excited about. The shows that I have are so energetic and fun, a lot of EDM, fist pumping in the air, jumping around… It’s a huge festival. I wanted to get people’s ears wet, and I’m working on my album now at the same time. I got a bunch of remixes that I’m about to release pretty soon too, so it’s going to be a bit annoying seeing me everywhere right now!

I don’t think so – people are into your music. It’s a good thing you’re everywhere! Now speaking of those surprising sounds, pop and EDM – it’s a new avenue for Reach Records. Do you see it as a turning of the corner for Reach, or reaching out to a new market of listeners?

I think there’s going to be an interesting layout for Reach. I think a lot of the fans will appreciate EDM pop. It’s a broad spectrum of people who love good music, at the end of the day. So this definitely will please a lot of Reach fans but also bring in a lot of new fans that don’t understand hip-hop much. I’m excited about it, I think Reach is doing a phenomenal job as a team, helping me out to franchise a new artist with a new sound. I’m also excited for Reach’s future because this makes it bigger than CHH. It’s going to be a huge genre – music everywhere.

The second track, You Are, it’s a bright song where you’re talking about relentless love – what’s the story behind it?

You Are is one of my favourite songs off this first EP. It’s definitely my most Christian song – you’ll know that right off the bat. It’s basically examples of people, whenever we look in the mirror we see all these negative things, and we’re constantly trying to fix ourselves… girls look in the mirror… my wife is a huge fan of make-up – and I’ve got nothing against make-up, I think it’s phenomenal – but often we try to cover up our flaws. I wanted to let people know that whenever you look in the reflection, see a reflection of Jesus, and be more hopeful in tomorrow, and knowing that things are better in his hands, and you are beautiful the way he made you. It’s who he is.

There’s been a lot of speculation about what your music will sound like, and if you’ll be doing any singing or rapping yourself… And there’s a few songs on here with vocals but no features credited – is that you?

So Late Nights, the first single – that’s me… I pitched up my vocal just a little bit, to give it a cool vibe. I wanted to experiment and yeah – that one’s me. And then the other songs, they won’t be me. They’re features of people… I’m a big fan of EDM like Calvin Harris where he gets a lot of people that aren’t really known yet. I wanted to take that route. I found a lot of people that I’m a fan of, and want to grow with them at the same time, because I’m not really that known as well. Making music with people that I found on YouTube or Soundcloud, or just friends that I found on the street. Have them feature on the album, and see what music we can make. I think we did a phenomenal job coming together and communicating what I wanted to happen.

You’ve said before that you really hope to reach out to the Latino community in America and beyond, especially young people. Do you hope that your music will provide a good avenue for that?

Oh yeah. My Latin background is… My mother is from the Dominican Republic, my dad is from El Salvador, and I’m first generation here in the United States. Just having Hispanic parents, and them really teaching me my background and culture – I’m super proud of it. I’m super proud of being a first-generation immigrant here in the United States, so I really want to make sure I’m a voice for those people. And I want to connect with culture all around the world. I think culture is a beautiful thing. I love the sounds of the whole world. Asian sounds of instruments, and African sounds, and Latin sounds, everything is so captivating to me, and I’m always influenced by that. You’re going to hear a lot of that on my album, but in a cool way where it’s something that hasn’t been done before.

The track Out My Mind – which I think is the biggest jam of the EP. It features Jordan Powers – how did you come to work with Jordan?

Three years ago, I was living in LA and I got to meet a lot of people there. LA is that space where there’s a whole bunch of talent, and everyone is trying to run to become the next biggest star. But through that, I met this girl named Jordan. She’s a songwriter, who is right now on tour with Selena Gomez, as a back-up singer. She’s becoming her own. We became great friends, and I felt like her voice fit this track that I was creating. I wanted it to be a Miami, Gloria Estefan, type of vibe and I think we got it! Out My Mind is just that fun song of a love story and yeah – I was thinking about my wife at the time.

Now that you’re a solo artist, are we going to see you still producing other artists at Reach?

Oh yeah. I’m always going to be a producer – that’s me at heart. I’ll always be producing for Lecrae and the guys, and the new people to come. But probably now it’ll start transitioning to ‘featuring GAWVI’ now. Just cos, I am now coming out. So think about it as though Calvin Harris was gonna feature with Skrillex or Diplo. He might produce it but it’s featuring them.

I’ve gotta say, personally, that my favourite thing you’ve ever produced is Trip Lee’s Rise album. I’m hoping you might be working on his next album?

Hopefully! I got to send in some tracks to him and we got to spend some great studio time together. He is still creating, so I’m not sure what direction he’s going, but whether I’m on it or not, he’s going to have an amazing project.

Can you give us any sneaky hints about EP2? It’s only a month away now…

Yeah – here’s a secret. I’ve been wanting to feature this guy for a while. He’s probably the only CHH person I have… John Givez. He’s on the album. That’s all I’m going to say. But, he killed it!

The EP finishes with In The Water, can you take us into it?

Yeah – that’s another favourite one. In the Water is basically a love song, but if you listen closely, it’s more of a double meaning. I was thinking about my wife, but at the same time, I was thinking of the love of Christ. I just love how when Christ says ‘Come to me and you will thirst no more’, that really stuck out with the saying ‘There’s something in the water’. Whenever you go home, there’s something about home that feels great. I’m sure that’s how you feel with Australia, whenever you get back into the country, it feels like home. I feel that’s what it’s like in a relationship, there’s something special about being back home with that special someone or Jesus. It’s comforting. That’s In the Water.

It’s been a delight to chat, GAWVI, looking forward to speaking next month about the next EP!

Thank you for having me. 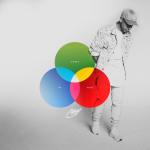 Lost in Hue by GAWVI is available now on iTunes.