At the beginning of 2015, Seattle’s Ghost Ship packed up in a van and headed for the state of Montana, an ambitious drive of more than ten hours through snow. Their goal was to hole themselves up in a cabin atop a mountain blanketed in white, to make a second record focussed on the multi-faceted love of God. Through freezing temperatures they managed to create a beautiful album of warm Americana folk music boosted with a massive sound, fit for congregational singing, named Costly. But as lead singer Cam Huxford told us back in June, the approach to making album number two was different to the way they tackled their first, (our Album of the Year in 2013) The Good King:

“I wrote it in reverse to the way I normally would write music. I usually start with melody and lyrics, and then everything kind of works around that. You don’t know what direction it will take musically, but this record we all had a clear musical vision… We don’t want to make a regular, mellow, textural folk record. We really wanted to make a fun record that people will dance to. We started with big, heavy-hitting beats that people could dance to and then we saw how they fit with the folky textures we’ve always done. It’s an interesting outcome. I’m stoked about what came out of that process.”

The different sound is clear on tracks like Invitation which opens Costly, a banjo-driven party starter; the synth-pulsating Look What God Has Done; and their reworking of When I Survey the Wondrous Cross (Jesus Saves), which balances the opportunity for contemplation with a reason to dance.

This is something the band wanted to get right, to help listeners to respond with joy:

“That’s something we wanted to explore with the beats on this record. Leading worship at church, often the people don’t know when to clap. They’ll always clap with the kick drum, no matter what. Clapping to the snare isn’t natural, at least in Seattle. We just wanted to see our people dancing and clapping. So we made sure the snare is huge. Sometimes we even put a clap sound with the snare to give some guidance!”

The album’s title endeavours to encapsulate the love of God for us in a single word, something Cam admits isn’t easy to do:

“When we were writing songs about God’s love we kept being struck with how costly it is. Sometimes with these songs we’re reaching for a way to describe how big and how heavy and how costly God’s love is, but sometimes we run out of metaphors. That’s in the feeling of these songs. They’re trying to describe the costliness of God’s love but obviously we don’t have anything on earth that’s as costly as the price that Jesus paid, because he loves us.”

Songs such as Heavy as the Sea show the band attempt to describe God’s indescribable love, and the imagery is glorious. The lyrics of Costly provide opportunity to reflect on God’s love, but also sit with the reality that this love is for his people. Songs like Hesed and Adoption use scripture to show the impact of God’s love to us personally – drawing us near to himself and calling us his children. About Adoption, Cam says this:

“One of the coolest pictures of the gospel on the earth is adoption. Ephesians 3 speaks about the mystery of the gospel being revealed – and that mystery is that the Gentiles are adopted in. Even the angels are amazed that God would adopt the foreigners and aliens. I always feel that’s the coolest thing – that we who are the lowest are adopted into God’s family. And that means that Jesus is our big brother. That’s one of my favourite songs, for sure. I have a lot of favourites, but it hits me really hard.”

Ghost Ship have created a sophomore album that is beautifully and thoughtfully written, both musically and lyrically. Despite hardships and challenges amongst the local church during the writing of this album, the band kept their vision to write music to serve their brothers and sisters. Costly does exactly what Ghost Ship intended: it reminds us all of God’s great love, seen most clearly at the costly sacrifice of Jesus at the cross; and provides a reason to respond (and dance) with gratitude.

Our writing team loved this album so much that we have collectively chosen it as our favourite album of 2015. Congratulations to Ghost Ship for Costly, the 2015 Reel Gospel Album of the Year. 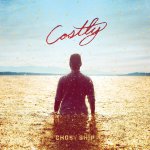 Costly by Ghost Ship is available now on iTunes. Read our review of the album here, and our conversation with Cam Huxford before release, here.

*Albums eligible for votes were those released between December 1st 2014 to November 30th 2015, and reviewed or featured at Reel Gospel.